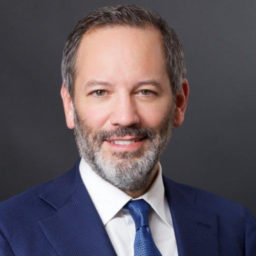 Bill Derrough is a Managing Director and Global Co-Head of Capital Structure Advisory at Moelis & Company. Bill has extensive experience advising all types of parties in major restructurings including companies, boards of directors, creditor groups, shareholders, unions and governmental entities and has been instrumental in building out the Firm’s restructuring franchise. Under his leadership, Moelis & Company has established one of the world’s leading restructuring teams, which has advised on more than 400 assignments globally representing over $1 trillion in value. The team was ranked #1 Restructuring Advisor both globally and in the U.S. in 2019 for completed engagements and was awarded the prestigious Restructuring Bank of the Year award for 2019 by IFR Magazine.

Bill has 30 years of investment banking experience. From 1998 until joining Moelis & Company, he co-founded and co-headed the Recapitalization & Restructuring Group at Jefferies & Company. While at Jefferies, Bill advised a wide spectrum of clients and investors on restructurings, recapitalizations, financings, mergers and other engagements. Prior to joining Jefferies, Bill was a Principal at Doyle & Boissiere, a private investment firm. Bill began his investment banking career at Salomon Brothers Inc.

Bill holds a B.A. from the University of California, Berkeley. He serves on the boards of Youth INC, Boy Scouts of Greater New York, Bennington College and the Academy of St. Joseph, New York. He also served as Treasurer of the Democratic National Committee from 2017-2021.